Chorizo Shakshuka in less than 30 minutes

by Jake Soulinake on 15th August 2017 in Blog, Recipes, Shakshuka

This Chorizo Shakshuka is a breakfast of champions, a meal for those who made their best on their night out, a dish for the braves who change their sausages and cipolatas for the intense flavour of chorizo. If you are one of them, this Chorizo Shakshuka is for you and we have good news: you can have it in less than 30 minutes because we make the hard job of cooking the shakshuka sauce.

How to make Chorizo Shakshuka

To make this Chorizo Shakshuka, cut the chorizos in halves, quarter or slices, put a bit of olive oil in a frying pan and fry the chorizos. Once the mini chorizos are cooked, put them on a plate with a kitchen towel to remove the excess of fat.

Warm the content of a Shakshuka Fennec jar in an cast iron pan, medium-high fire for 5-7 minutes, stirring occasionally. When the shakshuka sauce is hot, make some space for the egg, crack it and add it to the sauce.

Add the chorizos and cover the pan with a lid. Cook the shakshuka until the whites are done and the yolk have the texture you desire. Toast the bread, rub a clove of garlic on both sides and pour some extra virgin olive oil over the bread.

Once the egg is cooked, add some salt and black pepper to it and serve immediately. 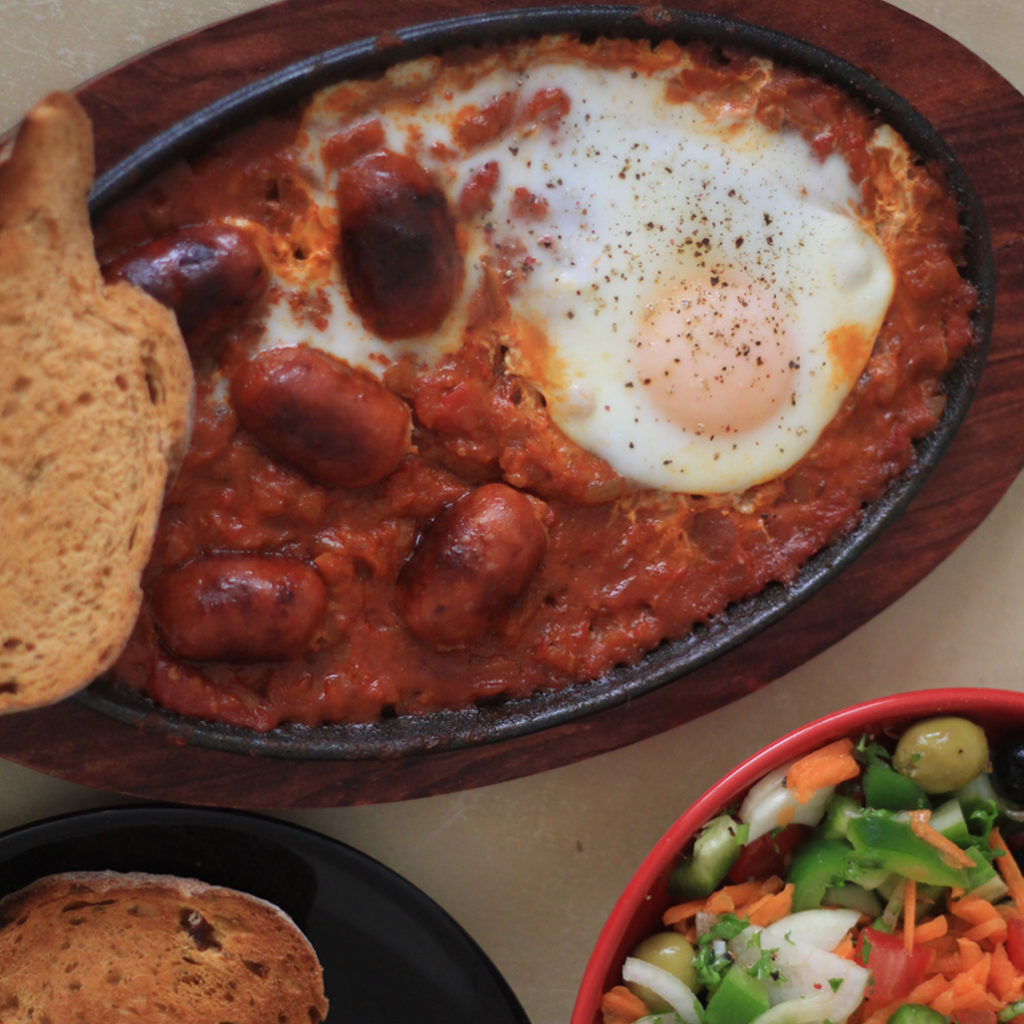 4 replies on “Chorizo Shakshuka in less than 30 minutes“