by Boris Jódar on 9th July 2019 in Blog, Recipes, Spanish

Escalivada -meaning Very Nice Roasted Veggies- is one of my favourite preparations of all times. It works amazingly as a salad per sé or as side or topping for toasts. This dish is basically a mix of roasted bell peppers, aubergine, tomatoes and onions. Later on, you can serve it with hard boiled egg and tuna or mackerel in oil.

Escalivada is original from the Mediterranean Coast of Spain and connects this region to other Mediterranean countries, like Tunisia, for example. I am personally fascinated about how similar Escalivada is to Salata Mishwiyya, a Tunisian salad made with roasted peppers, tomatoes and onions and served with black olives, tuna in olive oil and hard boiled egg. Ottolenghi has his own version of this salad. He calls it Mechouia and adds roasted aubergine to it.

So now, after this little context, it’s time to turn the oven on and put our cooking skills to work! 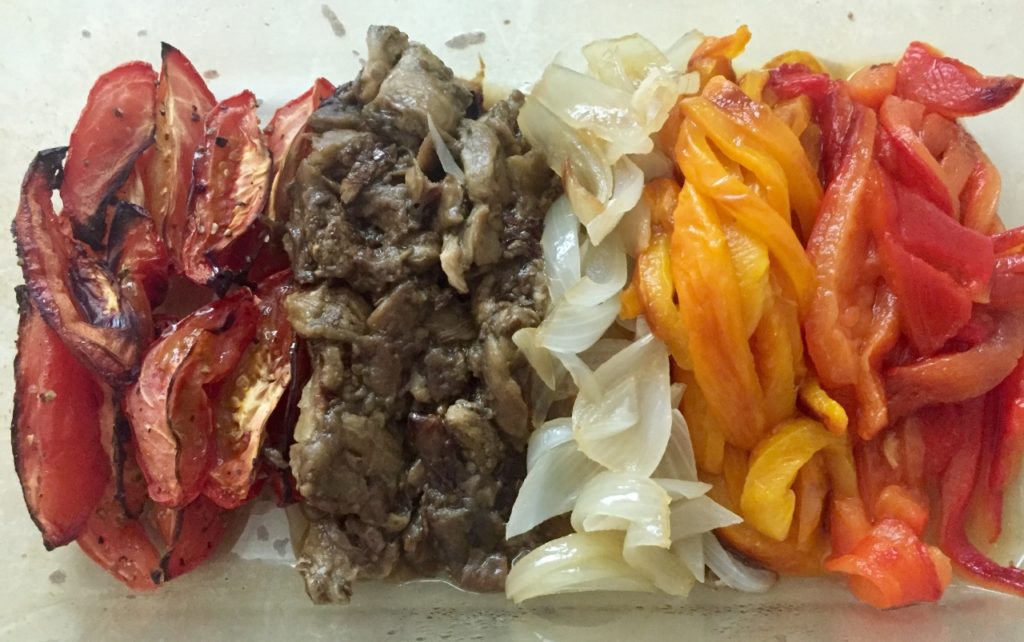 How to make Escalivada 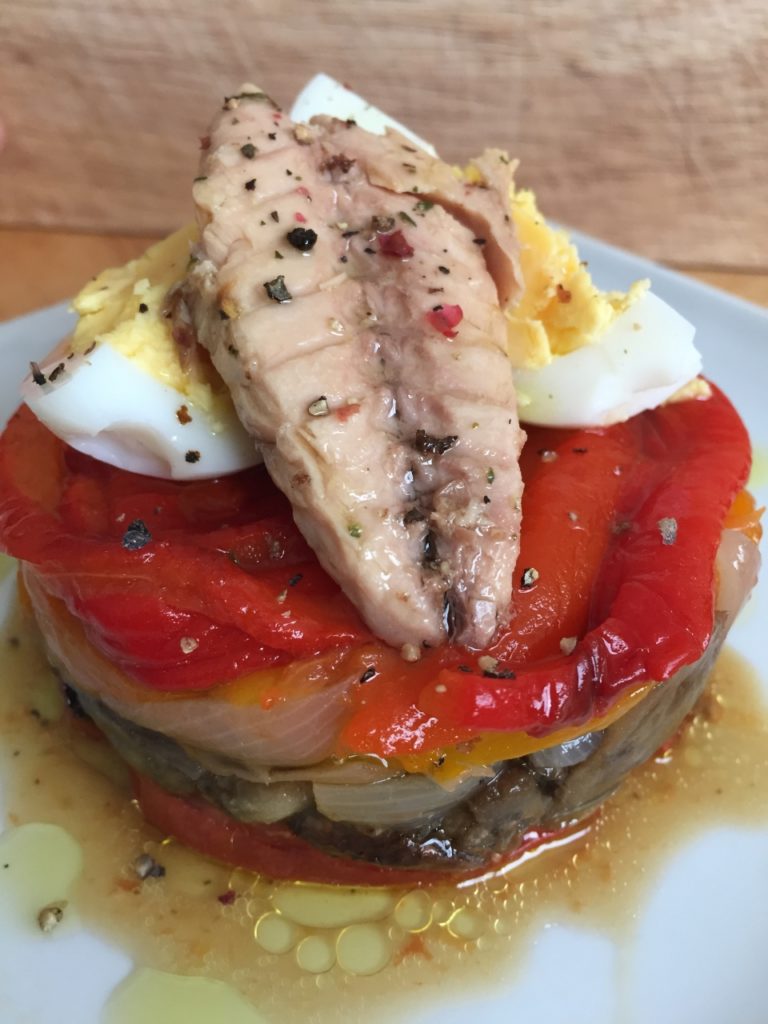 Preheat your oven to 180 C and let’s get rid of the pepper’ seeds. This is a little bit labourious but it’s nothing compared to the headache of cleaning the peppers from their seeds after they are roasted.

To do this, make a hole on the top of each pepper with a knife, to remove the stem, and scrap the inside with a spoon. Wash the inside and outside of the peppers. Place them on an oven tray.

Cut the aubergine in half lengthwise and make some cuts -lengthwise as well- in its flesh. Drizzle some olive oil and sprinkle some cuts on each half. Place it skin down on the tray.

Peel you onion, cut it in half and wrap it in aluminium foil with a bit of olive oil. Put it in the tray.

Wash the tomatoes, cut them in half, remove the stem and cut each half in 4 wedges. Put them in the oven tray with a drizzle of olive oil.

Roast your veggies at 180-190 C for 1 hour. You can use the grill as well to help them get the burnt roasted appearence. Turn the peppers and aubergine after 30 minutes. The tomatoes may get cooked after 45 minutes, so be careful of not burning them.

After that hour, take the roasted vegetables from the oven. Put the peppers in a food box, close it and leave them to rest and sweat for, at least, 20 minutes. This will help you to peel the peppers easier. Alternatively, you can put them in a bowl and wrap it with cling film. Leave the aubergine and the onion to cool down.

Once the 20 minutes are gone, peel the peppers just using your hands. Be careful as they may still be very hot. Slice them in stripes and put them in a bowl.

Using a spoon, remove the flesh of the aubergine from the skin. Chop it and add it to the roasted peppers.

Cut the onion in thin slices and put it with the rest of the veggies.

Add the tomatoes to the bowl, drizzle some olive oil, salt & black pepper to taste and mix altogether.

Keep your Escalivada in the fridge for one day to help the flavours to develop. The day you are going to enjoy it, take it out from the fridge one or two hours in advance to let it be at room temperature.

Serve it with boiled egg, tuna or mackerel in olive or sunflower oil and some black olives. Escalivada is a perfect side for grilled fish or meat, and it’s amazing on a toasted slice of sourdough bread with black olives tapenade. Salud!