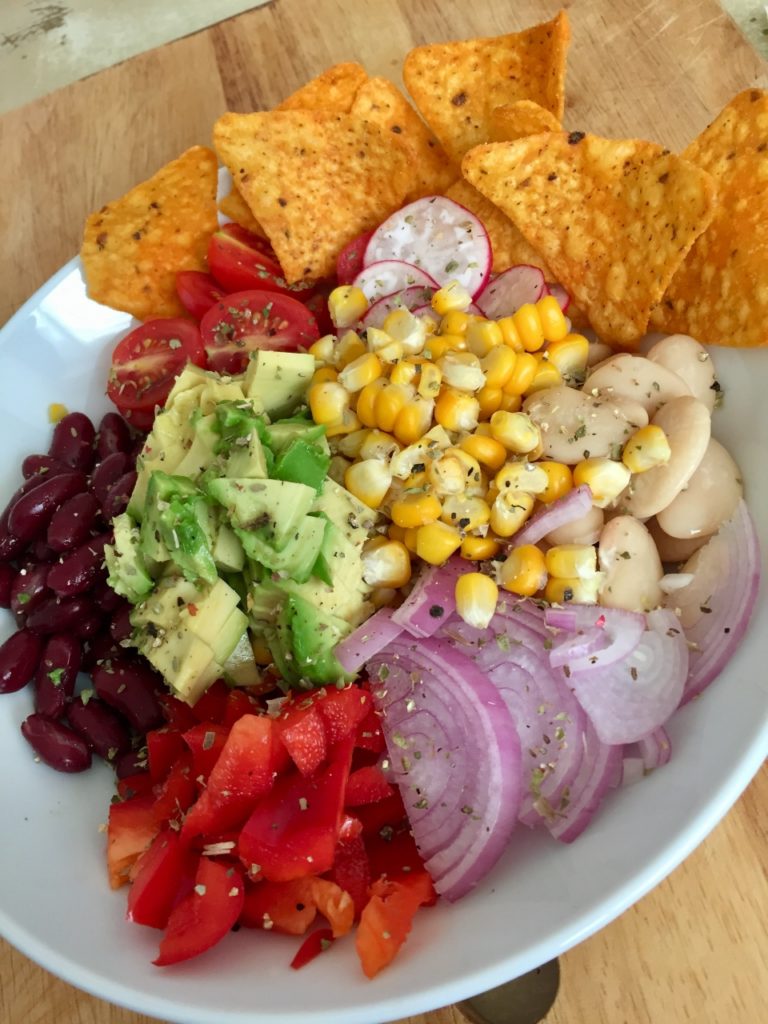 Being 22 I had the crazy idea of travelling around Mexico by myself. I saw loads of different things and tried loads of dishes but I never saw a Mexican Bean Salad like this during the 3 months I was there. I’m not even sure Mexicans would have it in their gastronomic background. I think this is something we White Western people make to pretend we are cosmopolitans and moderns but, at the end, shows how ignorant and arrogant we are.

Anyway, here we are again with a Mexican Bean Salad that is absolutely unnecessary because Internet is crowed with similar and better recipes but I needed to give it a try. This is a massive salad, created to be served well chilled. I think it will go perfect in a BBQ or with some nice tacos. Let’s go with it!

How to make Mexican Bean Salad 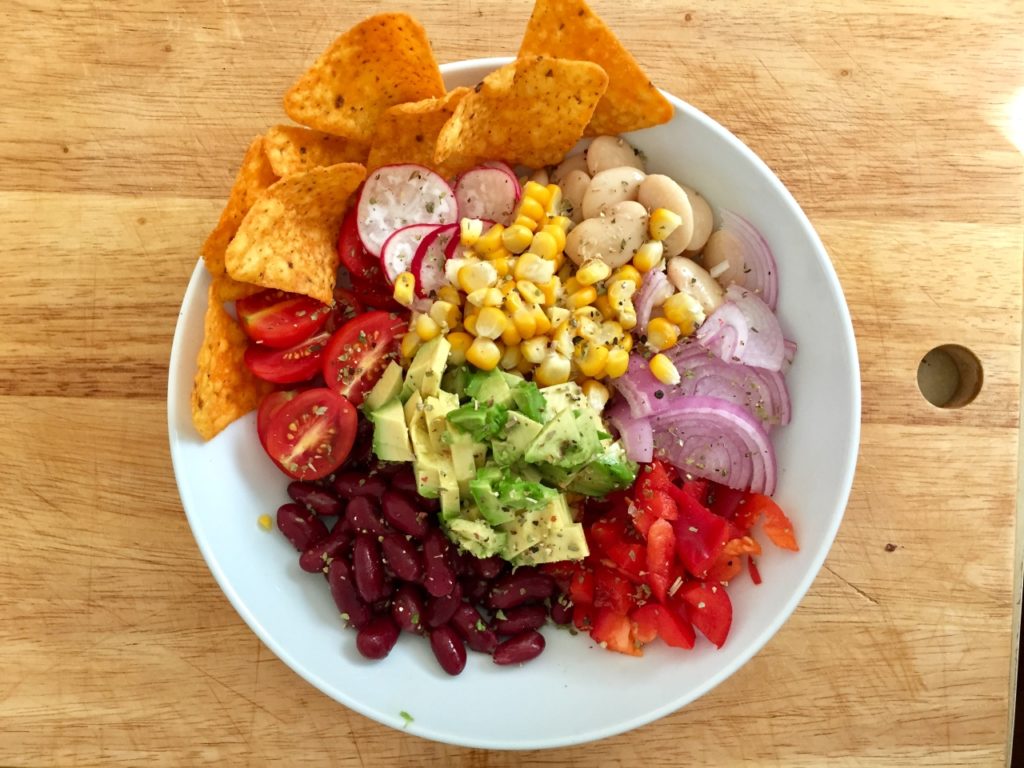 Cook the corn on the hob in boiling water for 6-7 minutes. Put it in a bowl with cold water after that time to cool it down. When it’s cold, cut the kernels from the hob and set them aside.

Chop the red pepper in cubes, do the same with the avocado, cut the cherry tomatoes in halves, and thinly slice the red onion and the horseradishes. Set all of this aside.

As easy as putting all the ingredients in a bowl and stir. Then keep it in the fridge until the moment of having the Mexican Bean Salad served.

Put all the ingredients in a bowl, pour the dressing over and toss. Serve with some Doritos on the side and enjoy it!