Patatas Bravas are one of Madrid’ signature tapas. However, they are not exclusively from there. They are ubiquitous all around Spain but there is a city where they are reaching the category of piece of art: Barcelona, Madrid’s Eternal Rival, where Patatas Bravas are having their special sweet moment, with plenty of bars and restaurants working hard to make the best from this humble tuber.

Madrid’s Patatas Bravas are quite distinctive: fried big chunks of potatoes with a spicy tomato sauce or, if you want to stay classic and close to the origins: a light sauce made of flour, sweet smoked paprika, hot smoked paprika and broth or chicken stock but no tomato. Those are the classic Patatas Bravas, Madrid style. If you add mayonnaise or alioli -aioli-, they are called Patatas Mixtas -Mixed Potatoes-. 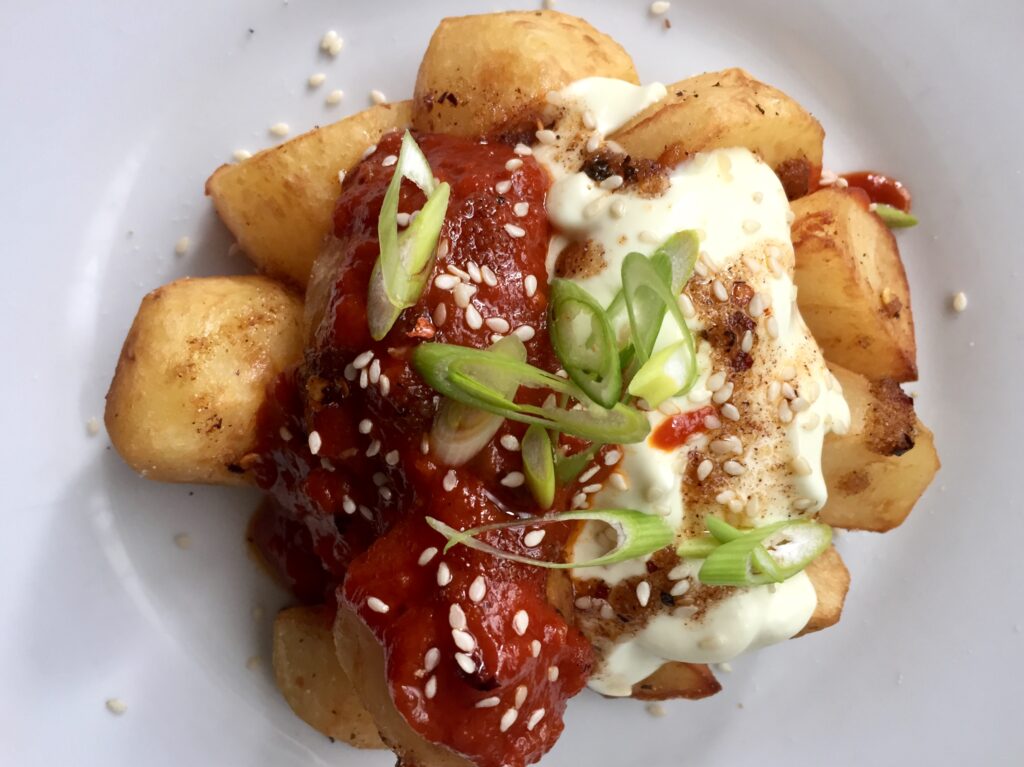 There was a time when Barcelona wasn’t Spain’s most known city and the tourist hole it is nowadays. A time when it’s liberal mentality was a blow of fresh air during the latest years of Franco’s dictatorship and the first years of the newborn democracy. A city home of hundreds of immigrants from South/South West Spain who left the poverty of their rural villages for the promises of an industrial city.

El Raval, in the centre of Barcelona, was the perfect picture: so many people from so different places that for the rest, that should be like the distant and unknown China. Thereby, the name: Barrio Chino, Chinese Quarter. No Chinese or Asians involved when El Raval got its nickname.

Then the 80’s, the heroin and an economical crisis came to Barcelona and the Barrio Chino, an already aged neighbourhood, started to turn into what it was known before: refuge for drug addicts, working place for prostitutes and meeting point for dubious “entrepreneurs”. The Olympic Games of 1992, with their bast and ridiculous budget, didn’t stop there although put Barcelona in the map. New neighbours settled there: people from Pakistan, Bangladesh and North Africa, mainly, made the Barrio Chino their home.

The picture was ready to be taken, but in the new cool and touristic Barcelona, few people ventured into these back alleys.

This recipe is my homage to this underground quarter in Barcelona. As I said, there were no Chinese living there when el Raval was named Barrio Chino but I wanted to give to my Patatas Bravas a Far Asian character, the international twist London baths everything with. Maybe in the future I will make a different version, with Indian, Pakistani and North African influences. But today, this is what I got for you. If you would like to enjoy it, join us at Tapas, Botanas & Petiscos this Friday 27th March.

Ingredients (Serves 4, as a tapa): 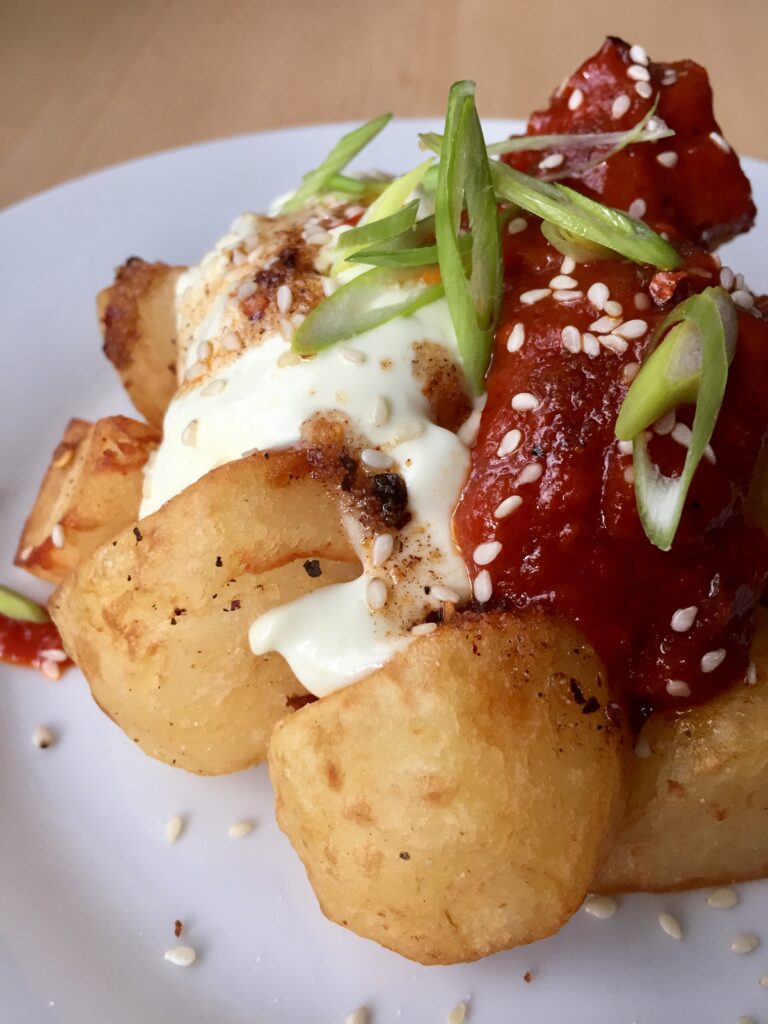