Zhug is a Yemenite hot sauce with a hell of different names: skhug, shug, schug, shoug or sahawiq, and many more! But do not get confused, this green sauce is really easy to make and it will level up any dish you add it to, specially Shakshuka.

Food is a constant journey. Dishes are created in a certain part of the world and History makes them to travel somewhere else, where they change to stay the same but different -interesting paradox, innit?-. Shakshuka is a good example, so Zhug is. Very popular in the Arab Peninsula and Persia, it was brought to Israel from Yemenite Jews who settled there in the 50’s and nowadays it’s a staple you can find in lots of houses, coffee shops and restaurants.

Zhug is very similar to Mojo Verde, a Spanish sauce from Canary Islands made with coriander, garlic, cumin, olive oil and vinegar and mainly used over papas arrugás -boiled potatoes- and fish dishes. I’m not crazy if I say that Zhug travelled from Middle East to the Iberian Peninsula with the Muslim conquerors; and from there to the Canary Islands, loosing in its way most of the spices due to the Catholic aversion to anything related to Judaism and Islam.

I first tried it in a Falafel Pita from Falafel Feast -Finchley Central, North London-. As I was surprised by its flavour and spiciness, I tried to get the ingredients from Simi, the owner, but she kept them secret. I had to wait until Fate showed me the recipe on Internet. As soon as I found it, I run to make a Falafel wrap with avocado, halloumi and a nice spoon of Zhug.

This recipe is an elaborated version of Zhug, with four different spices. You can omit them but I think this recipe deserves a try with the full set of spices. I’m using lime juice instead of lemon just because I love its tropical flavour.

How to make Zhug 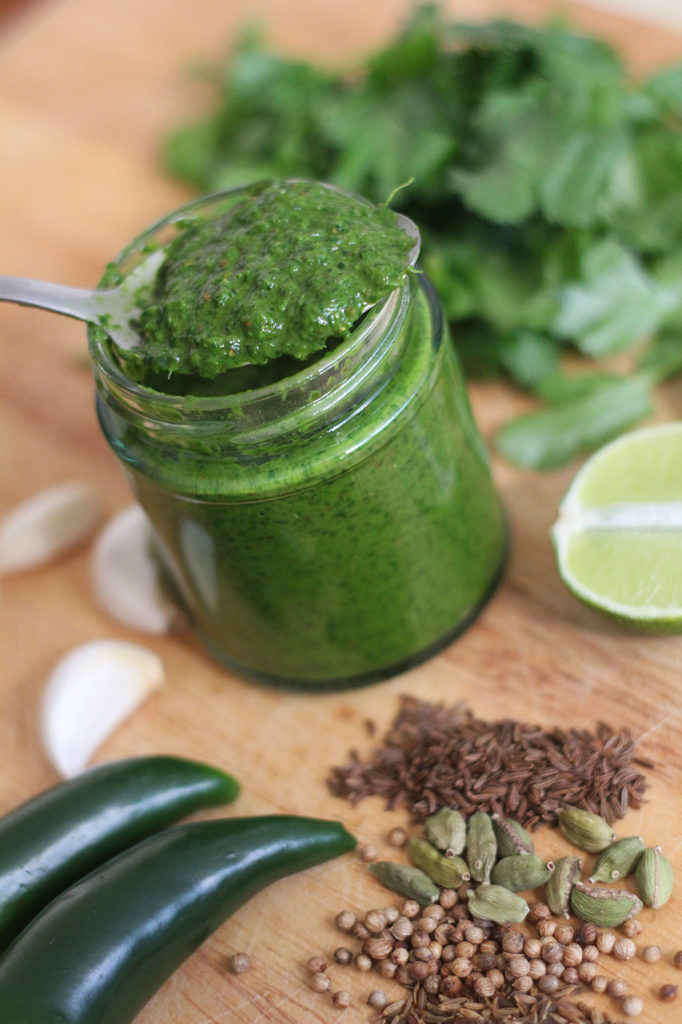 One reply on “Zhug, Yemenite Hot Sauce – Spice your Shaksuka up!“